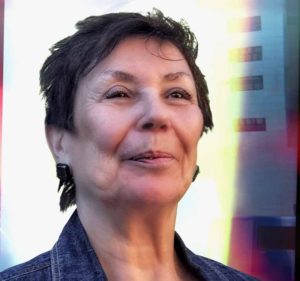 Susanne Jaffe is a born and bred New Yorker who became a Buckeye when she moved to Columbus, Ohio in 2001. Between birth and Columbus, a few things happened.

Susanne held a series of jobs always having something to do with words and writers. She became the editor-in-chief of Avon Books, senior vice-president of Simon & Schuster, editor-in-chief of a division of Random House. Along the way, she edited celebrities like Joan Collins, Carrie Fisher, Roxanne Pulitzer, and writers of true crime, thrillers, historical romance.

Over the years, Susanne has written many novels, four older ones are now available in Kindle editions. She has taught creative writing, and is eager to do more of that, as well as continue editing fiction and nonfiction on a freelance basis.

In 2001, Susanne moved from New York City to Columbus where she lives. For 12 years, Susanne was both executive director and creative director of Thurber House, a nonprofit literary center, followed by two years as creative director until she left in January 2016 to concentrate full-time on her writing.

Susanne considers herself above all a storyteller, a writer who wants to engage you on a voyage with characters you can emotionally relate to, in situations that capture your imagination and your heart. She is particularly fascinated with stories about women in jeopardy, be the threat physical or psychological, or both.

Her taste in writers runs the gamut from Charles Dickens to Anthony Doerr to Edith Wharton, J.K. Rowling, Michael Connelly and so many others. She loves sharing a new writer with friends—touting them about someone they may not have heard of yet. Equally, she loves hearing about new writers you recommend.

Personally, Susanne is a HUGE dog lover, especially pugs and Boston terriers. She loves the movies and music of all genres. She’s a big hockey fan, but most of all, she loves to write and she loves to read.